I have been training real estate agents in some way since 1976 when I left sales to become the training director for a large, multi-office company in the Twin Cities. In the spring of 1978 I attended a seminar by Lou Tice of the Pacific Institute called Achieving Your Potential. It taught the power of self image psychology, affirmations and visualization. One of the first affirmations I wrote stated “I am pleased to be a national public speaker in the real estate industry.”

Shortly after that a broker named Cliff Robedeaux heard me speak at a national training director conference at Sea Island, GA. He asked me if I’d ever considered national speaking! Why yes I have! He said that I’d be hearing from him. Wow, that was fast! He had been searching for candidates to audition to become Certified Residential Specialist (CRS) instructors. A few weeks later I received an invitation to audition.

So in 1978 I auditioned at the NAR convention in Hawaii to become a CRS instructor. During a year they receive 180 applications, conduct 50 auditions and accept about 5. And I was one of those accepted, and that started my national speaking career! My first CRS course was in Albany NY on February 6, 1979. I was SO excited to do my first national presentation. But the audience and Del Bain my senior instructor…not so much. I totally bombed!

At the instructor critique session I asked for Del’s feedback. “Let me start with what you did right. You got up there.” Anything else? “Not really.” Then he asked me “Do you really want to do this? Because I think you’re in over your head.” Oh, that hurt. It was a very disappointing start to my national speaking career…but I was committed to making this work.

Months later I was assigned to another CRS course, and Del was my instructor again! This time I needed to do well, so for 35 late nights in a row, I prepared for my topic on how to get listings priced right. I invented charts and graphs to demonstrate my points. Twenty minutes into my session Del gestured the OK sign! Yes, I had done it.

Years later those same charts, graphs and dialog became the basis for our most famous consumer video “Pricing Your Home to Sell.” I thank Del Bain every February for his courage to give me honest feedback.

As I improved my presentation skills as a CRS instructor I made Senior status in all the courses. I became Courses Chairman then Faculty Chairman. Working with other instructors, I rewrote RS201, RS202 and RS203.

Here is a photo of the Instructor Cadre taken in 1979. I’m in front with the long brown hair! 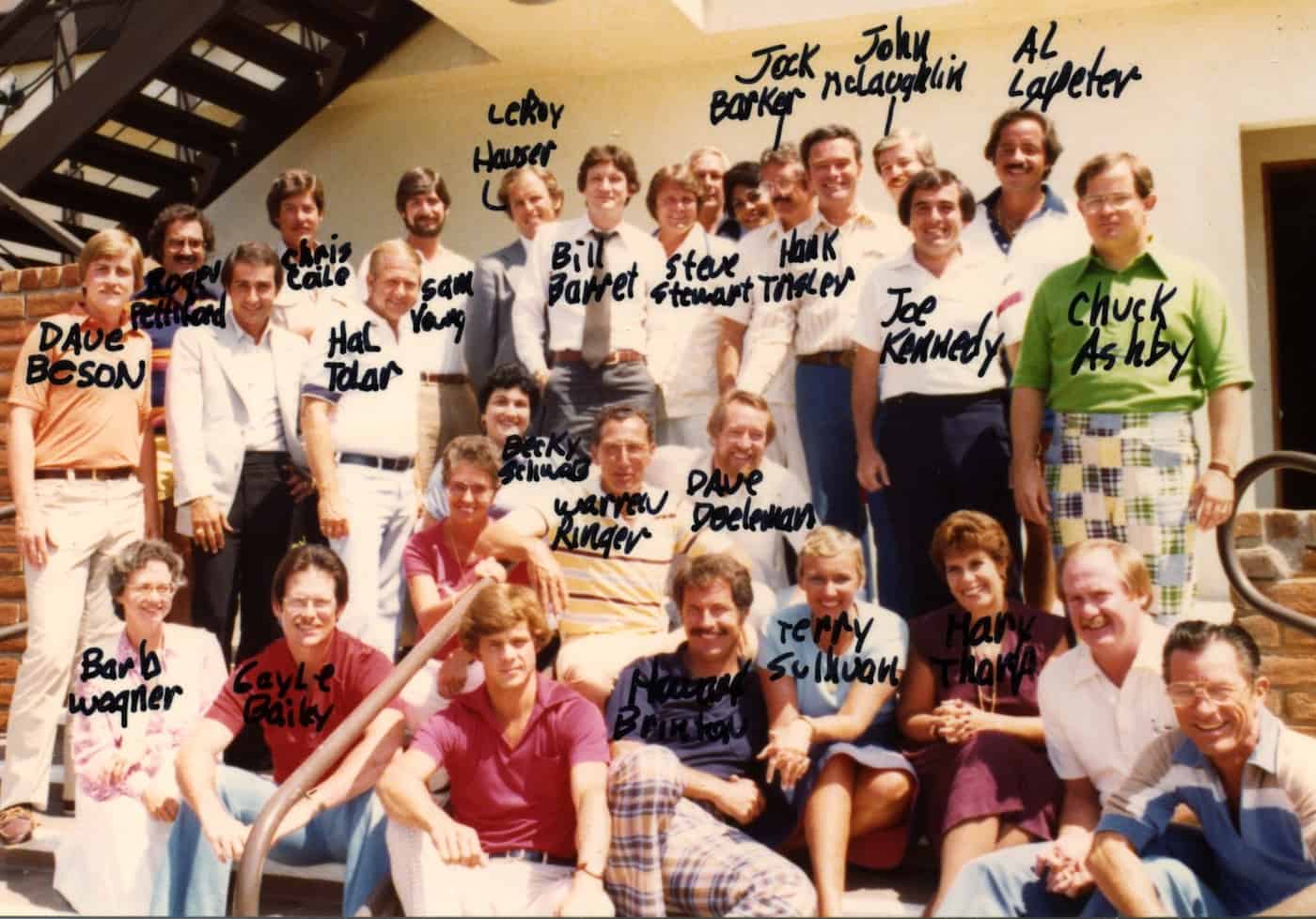 In 1982 another significant career-changing event occurred. Burnet Realty, where I was Training Director, was purchased by Merrill Lynch Realty Associates. At the acquisition event I asked Board Chairman Dakin Ferris if they had a national training department, to which he replied that they did not. So I said: “I believe you are going to need one and I’d like to head it up.”

My boss and mentor Ralph Burnet later told him that I would be a good choice. In 1983 that suggestion became a reality and a national training task force was formed. I was named National Training Director. Another one of my affirmations came true.

In December of 1983 I moved to Stamford, CT and with the help of the other 33 trainers across the U.S., I created a national training program that was accepted and used by all the operating units.

During that time I also raced cars in the Sports Car Club of America (SCCA) at Lime Rock, Watkins Glen and Pocono. I raced Corvettes in Showroom Stock, GT1 and a professional Trans Am. Paul Newman won that Trans Am race (Lime Rock, 1986) and it was fun to have him participate in some of my races. 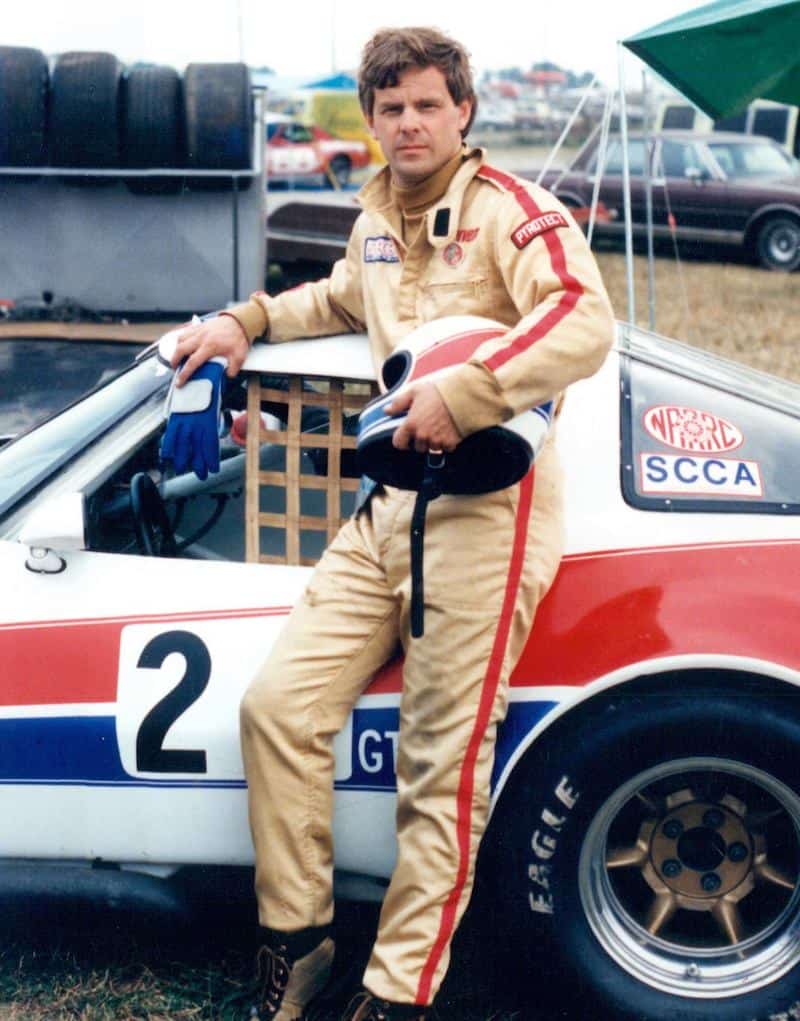 In 1987 Merrill Lynch Realty was sold to Prudential Realty. This was an opportunity to accomplish my next goal of starting speaking business.

In June of that year I moved back to Minneapolis, set up and office in my home, got an 800 number and started calling everyone I knew that hired speakers. From June through December I presented 66 seminars. Since then I’ve presented 2,000 more seminars and met some amazing clients and students across 50 States and 11 countries.

In the late 80s, five of us from the CRS instructor cadre formed our own mastermind group called BBBKZ and consisted of Bill Barrett, Dave Beson, Howard Brinton, myself and Pat Zaby. Over the next 25 years we met in December to discuss our business and help each other grow. We were arch competitors and best friends. When it came to booking a seminar, were just about as happy losing a gig to one of these guys as getting it ourselves. (Just about.)

In the early years of meetings we were 90% business and 10% social. As each of our businesses matured that ratio reversed. Then when Bill Barrett retired and Howard Brinton died, these meetings ended. Every December I still feel the sadness of this loss of friends and experiences. 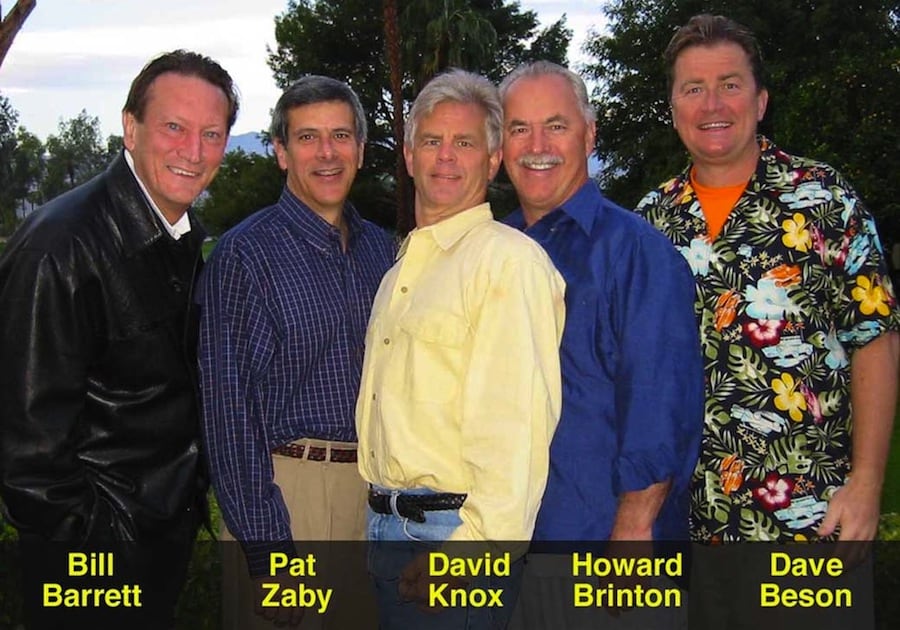 In 1988 I delivered my first presentation at a National Association of REALTORS® (NAR) convention, a trend that continues through 30 conventions in a row. It is pleasure to stand in one place and have friends and clients visit from all over the world. I am pleased that my presentations have been rated in the top five each time.

In 1989 we also began exhibiting at every NAR convention trade show. The photo above is our first appearance showing our new series of audio training. 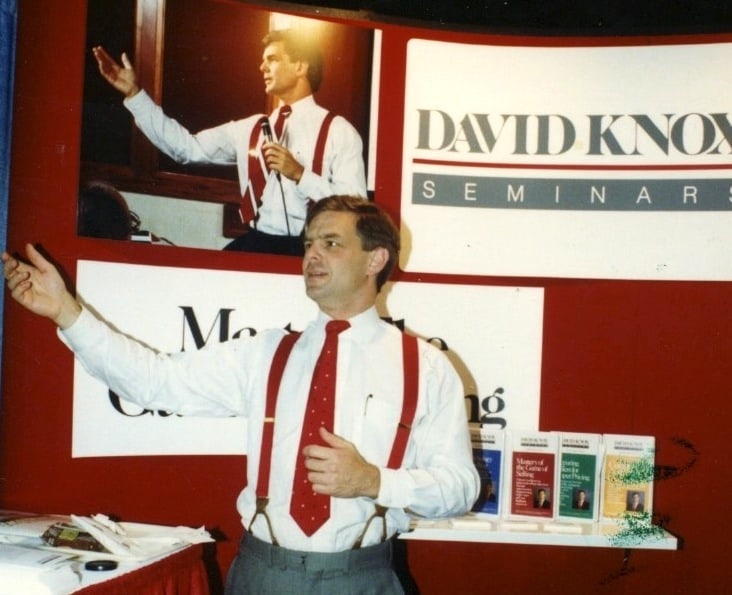 In 1990 it was time to grow the business so hired Brenda Fudenberg to be my Marketing Director. I told her I wanted her to set up seminars then just hand me a file folder that told me where to go with all the pertinent details. And that’s what she did. I could focus on seminar and product development while she ran the business. This move gave me the confidence to suggest that real estate agents also hire someone to help with their business.

In 1992 Brenda and I moved into permanent office space at 7300 Metro Blvd, Edina, MN and the business has been there ever since. Over the years, we added more space and built a professional studio. 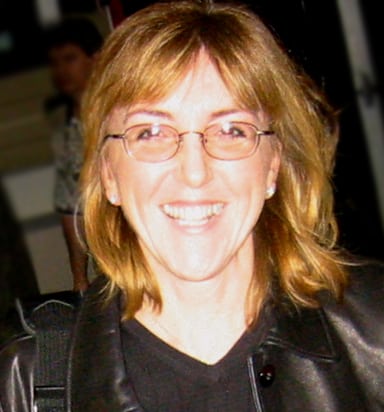 Pricing Your Home to Sell

In 1990 a student said to me after my pricing seminar; “I love your pricing dialogs and wish I could take you with me on a listing presentation.” On the flight home it occurred to me that I could make this happen by way of a video.

On October 19, 1990 we set up a professional video shoot in my home office. “Pricing Your Home to Sell” was created and released on VHS tape. Agents have since attained thousands of properly priced listings by letting their sellers watch this video.

We updated it in 1994, 2002 and 2014 then released a streaming version on a mobile app. Throughout the next years we created five more client videos having watched how much “Pricing Your Home to Sell” had helped our customers. The others helped agents with listing, staging and prospecting. 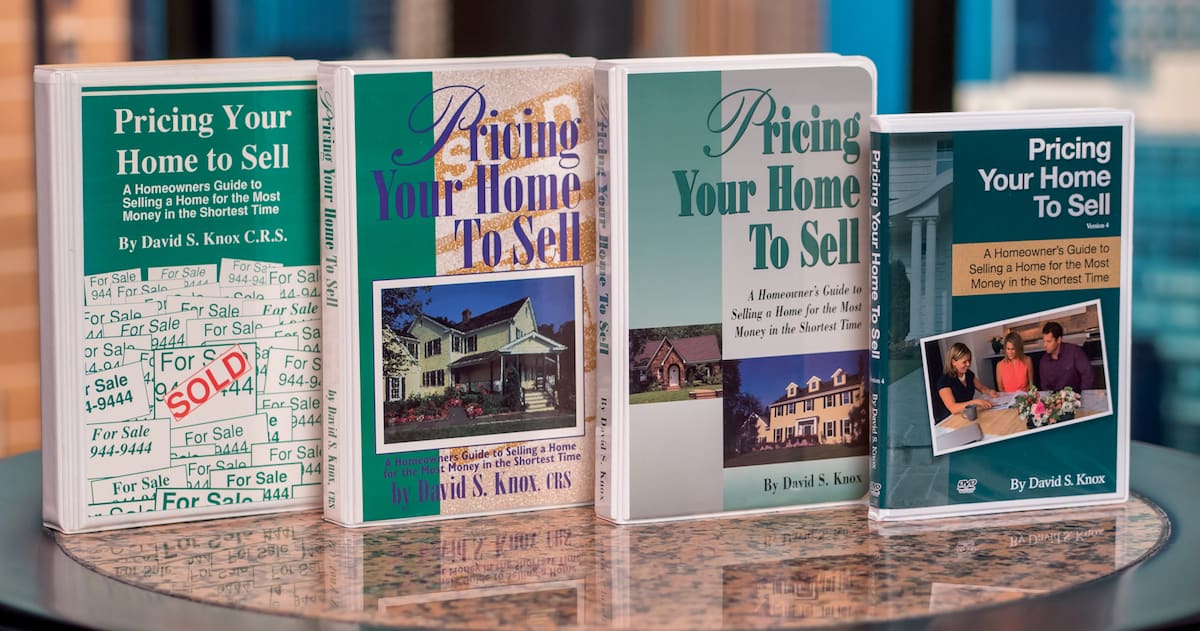